The low-entry O405NH chassis was designed specifically for the Australian market and was in production from 1999 until 2002.  The chassis is an amalgamation of the front section of the low floor O405N and the rear section of the step entry O405 chassis.  Unlike the O405N, which is low floor throughout, the engine on the O405NH is mounted centrally below the rear floor as in the O405 requiring steps just after the centre door leading up to a higher floor level at the back over the engine - only the front section of the bus is low floor.
The Transperth Volgren bodied Mercedes O405NH’s were the first low entry, wheelchair accessible, air-conditioned buses to be purchased by the Public Transport Authority (PTA).  The buses are equipped with a driver operated electric wheelchair ramp and can accommodate two wheelchairs.  In addition, the air suspension can be either lowered or ‘knelt’ to allow for easier access for the less mobile passenger.  The Transperth O405NH fleet incorporated buses in 12.3 and 11 metre (midi) lengths and with engines powered by either diesel or Compressed Natural Gas (CNG).
The Volgren body frame is constructed from aluminium and uses a patented bolted assembly system used under licence from Alusuisse in Switzerland.  This makes for a lighter rust free product than a comparative steel frame body. The front moulding, incorporating the headlights is unique to the PTA vehicles.
The first O405NH bus entered service in January 1999 with Transperth service contractor Southern Coast Transit.
1302 entered service in July 1999 and was initially leased to Transperth service contractor Perth Bus passing to Swan Transit in 2002 when they bought out Perth Bus’ operations.  The bus was withdrawn in 2016 and after receiving a vinyl livery wrap, used as a mobile exhibition vehicle by the WA state government of the day promoting their major infrastructure projects.  1302 was donated to the Bus Preservation Society later in 2016 and represents the first generation of Transperth low-entry buses.  It is presented in ‘as withdrawn’ condition. 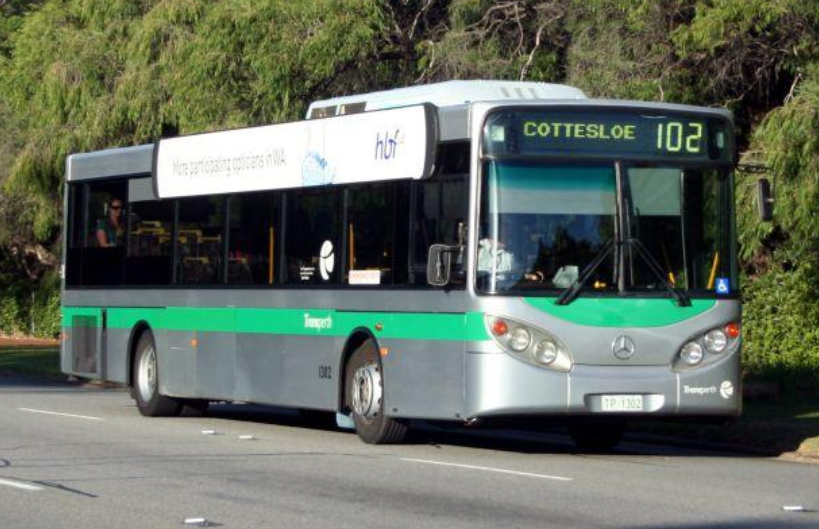 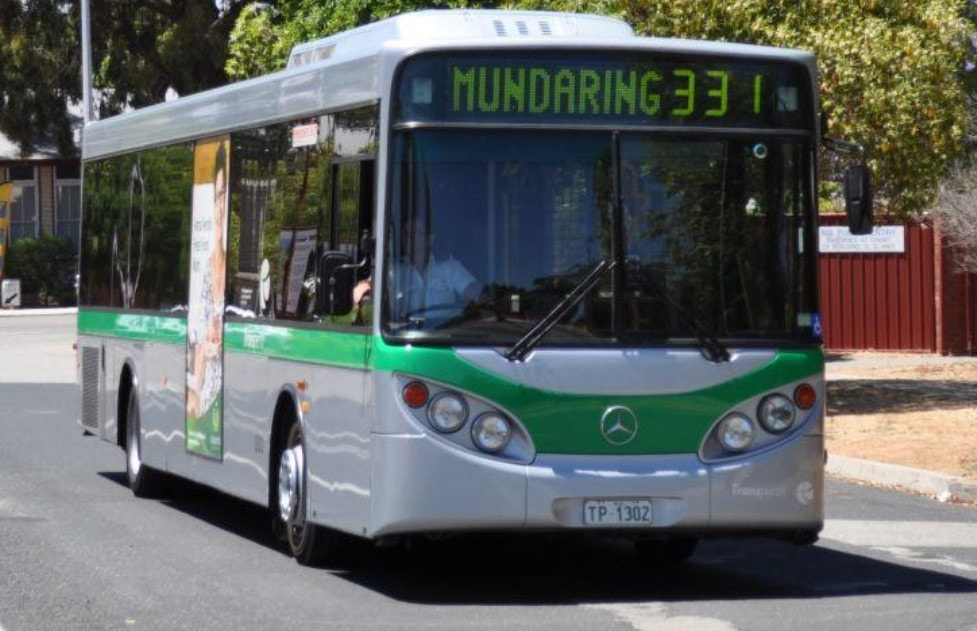 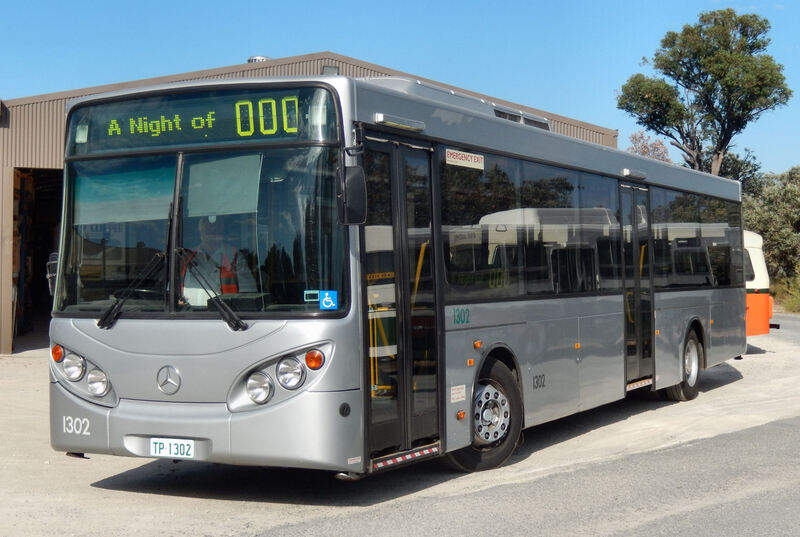 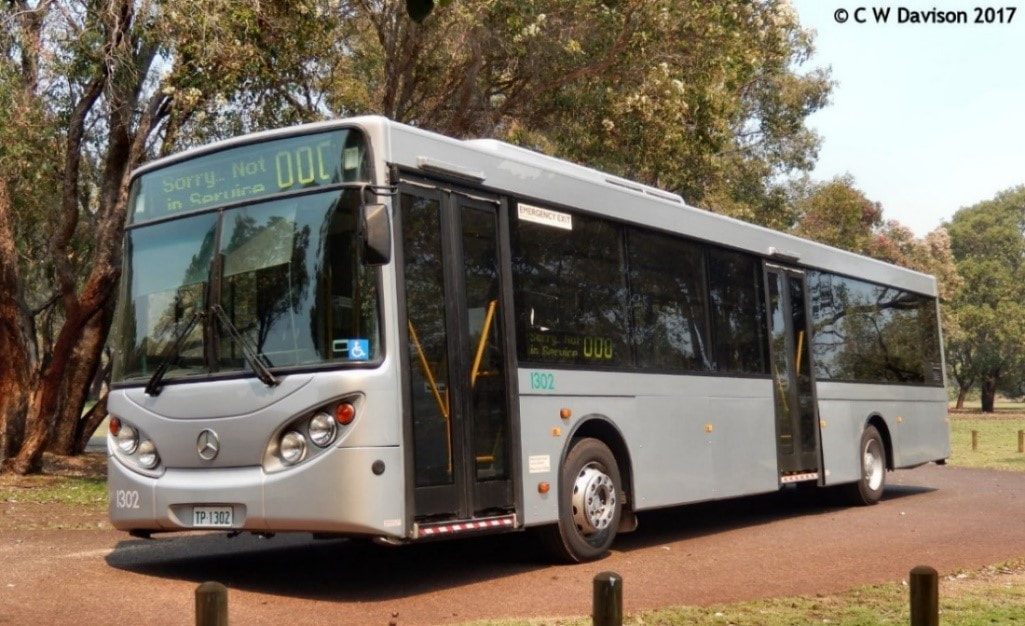 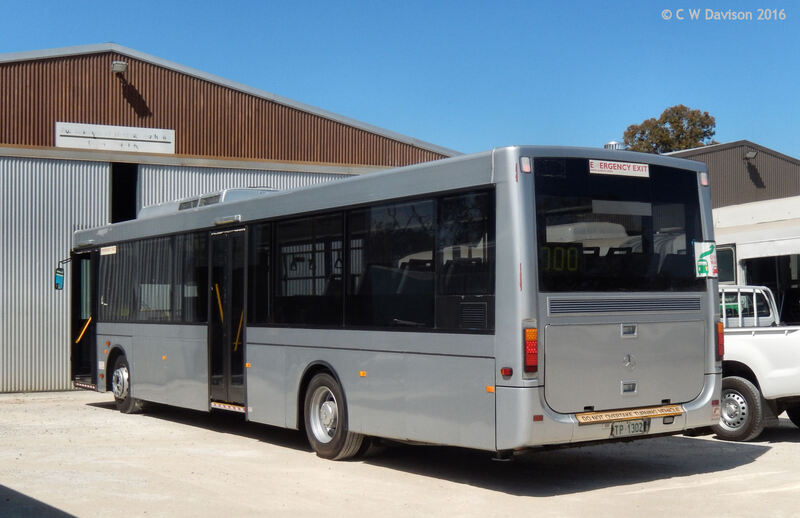 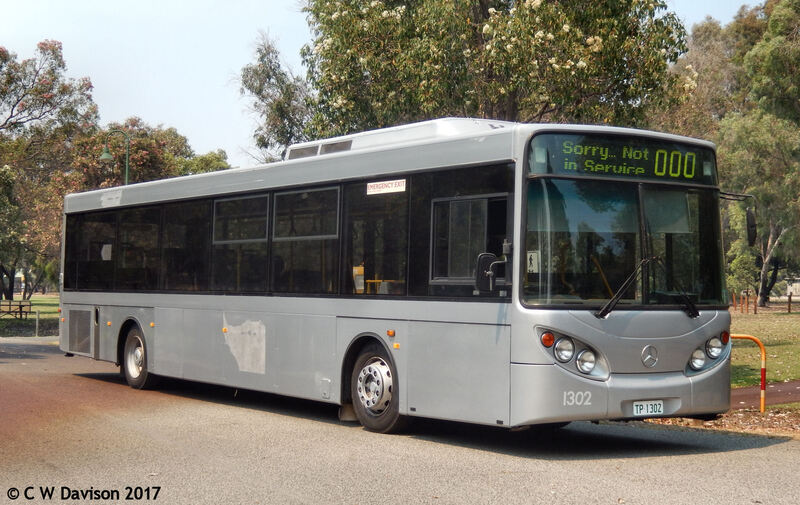 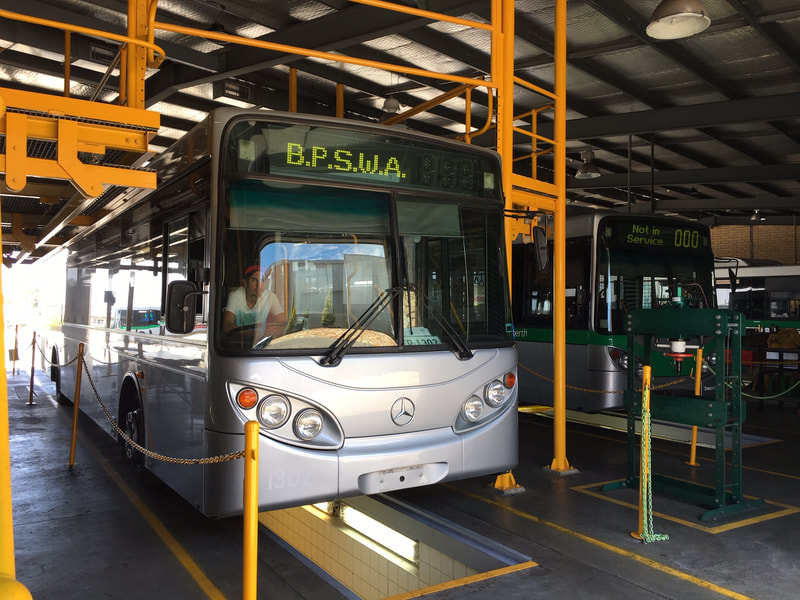 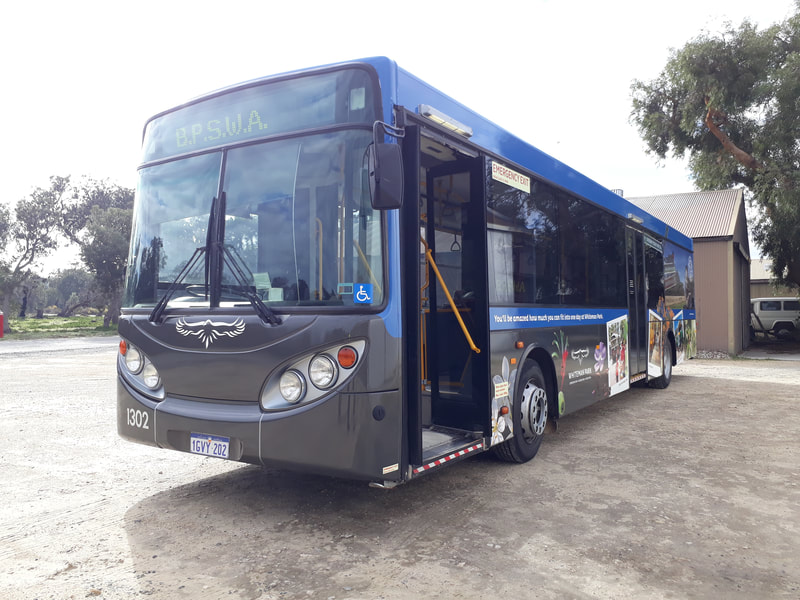 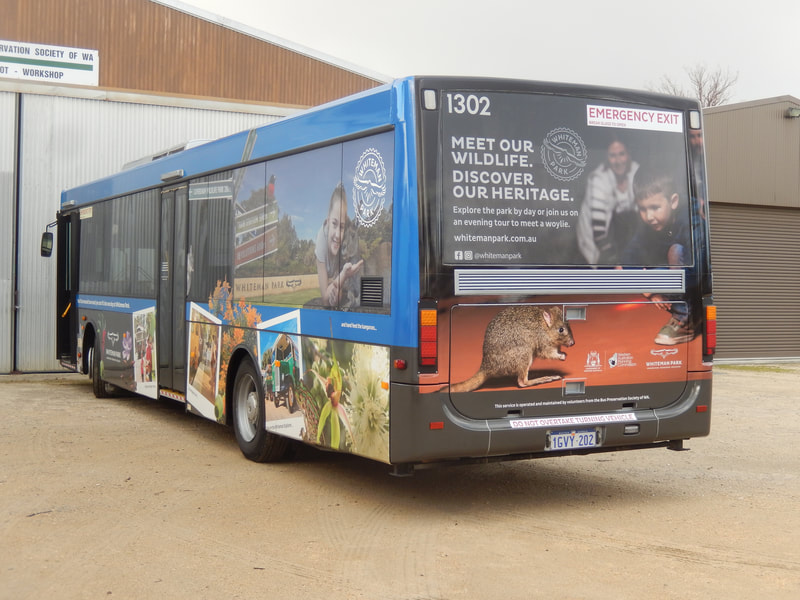