The Metropolitan (Perth) Passenger Transport Trust (MTT) was formed in 1958 to take over all the private bus companies operating route services in Perth.  Metro Buses and Beam Transport were the first two operators to be absorbed by the MTT in August 1958 with the last one being taken over in 1962.  A number of vehicles absorbed from the various private companies were in urgent need of replacement and to alleviate a shortage of serviceable buses, in 1959 the MTT purchased 23 ComEng bodied 41-seater Leyland OPS4/1 buses from the Melbourne & Metropolitan Tramways Board which had deemed them surplus to requirements after the 1956 Olympic Games.

Once in Perth they had the front door repositioned further forward (to allow for one-person operation) and the destination/route displays were altered to the MTT standard layout.  The buses, affectionately known as 'Melbourne's, served the city well with the last one being withdrawn from the driving school as late 1981.

In 1973 the MTT converted four of the ex-Melbourne buses into tow wagons.  In addition to shortening and modifying the body and chassis, the conversion also included changing the vacuum brakes to air operation - this enabled an air feed from the compressor to be supplied to the towed vehicle for the brakes and air-bag suspension when needed.  Four concrete ballast blocks, each weighing close to a ton, were installed around the rear axle under the 'deck' to give additional traction when towing a disabled bus.  All four tow wagons originally carried the MTT fleet colours of green and cream but were painted into a safety yellow livery in 1981.

Our tow wagon was originally bus number 269 (329 Melbourne) and was donated to the Preservation Society by the MTT in 1986.  Tow wagon number 4 still works hard in retirement as it is often called into action to tow one of the Society's many buses. 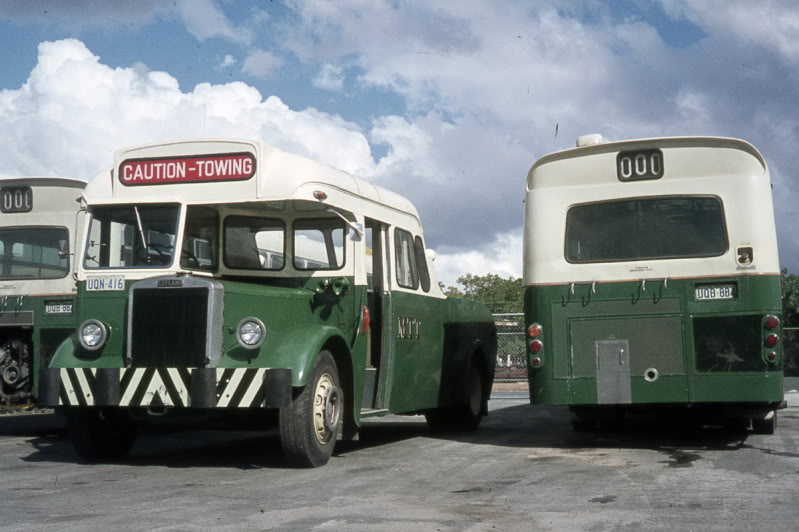 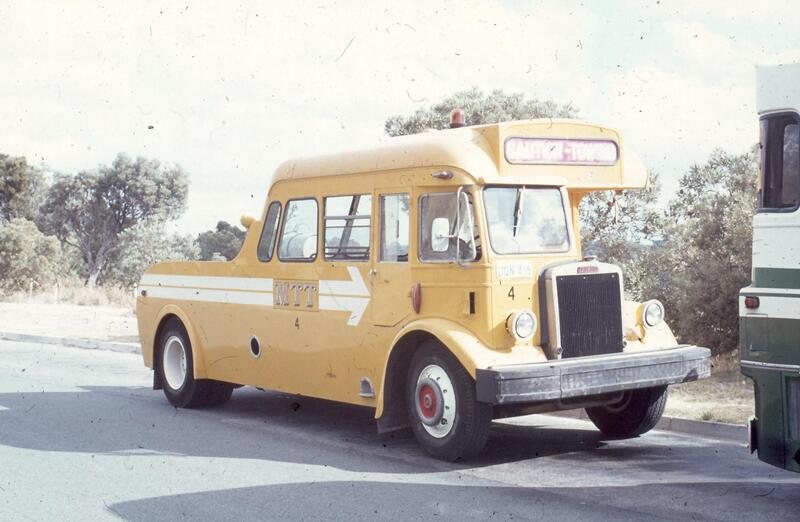 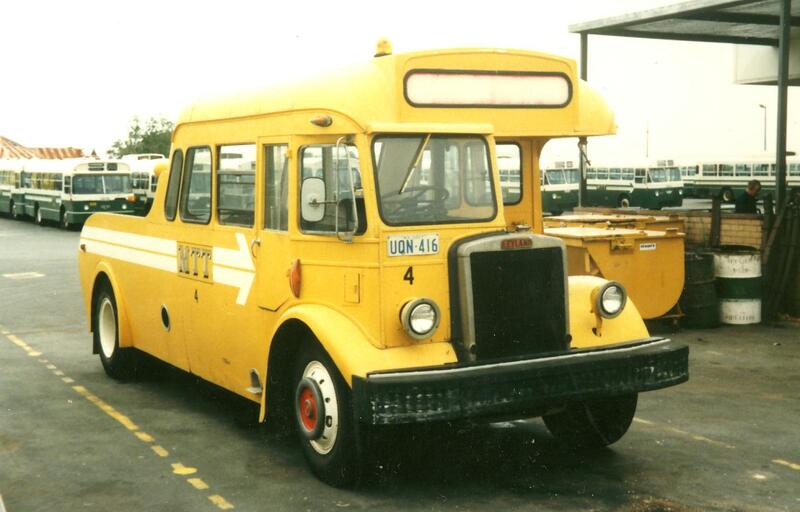 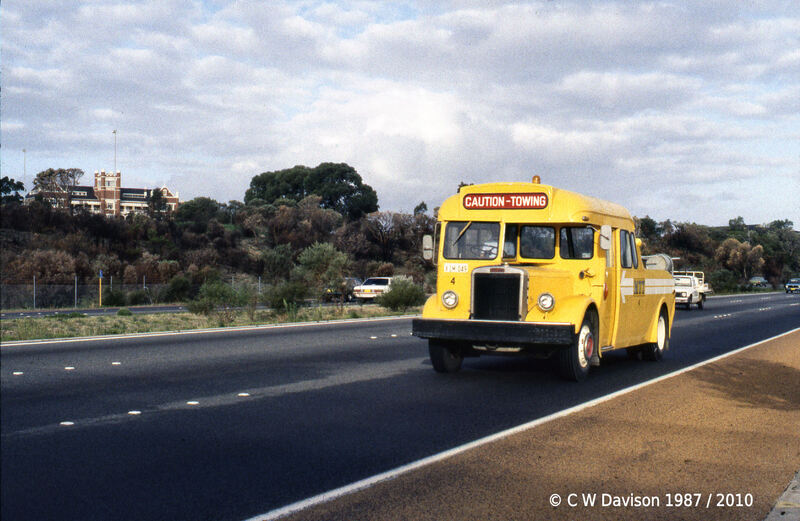 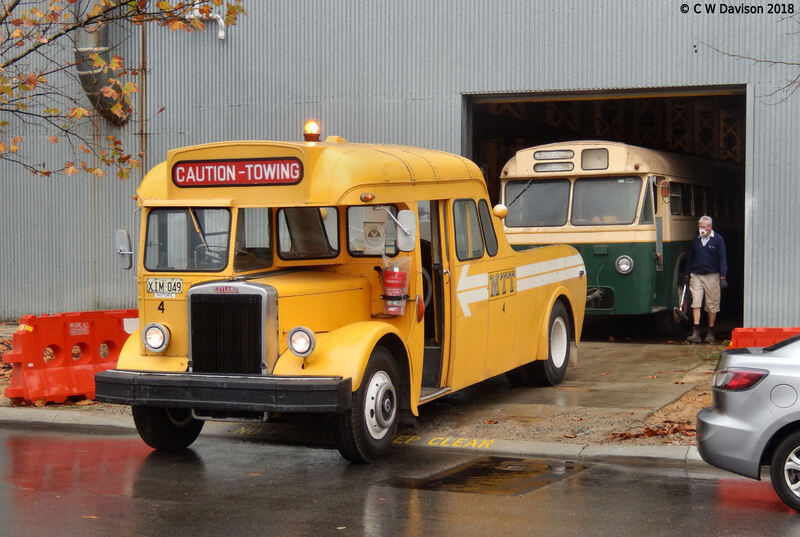 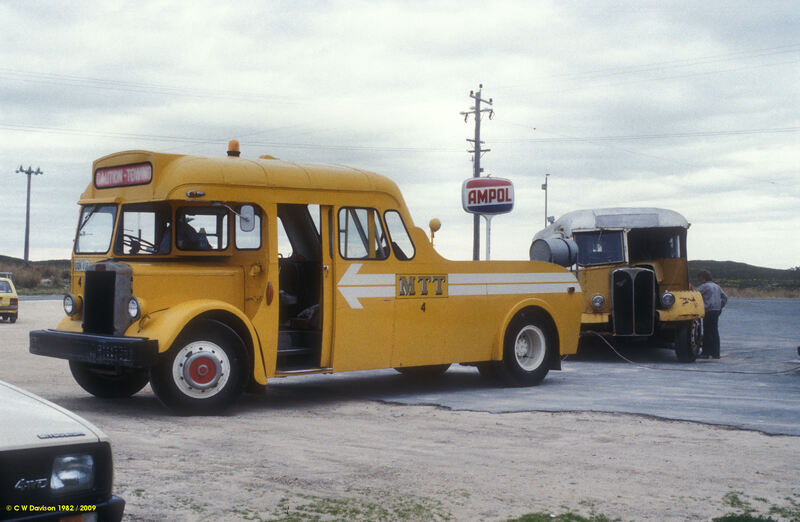 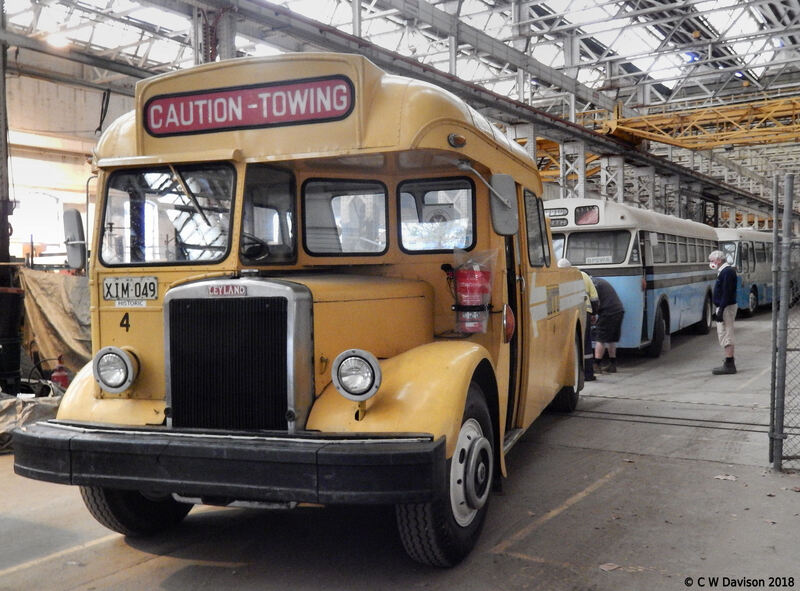 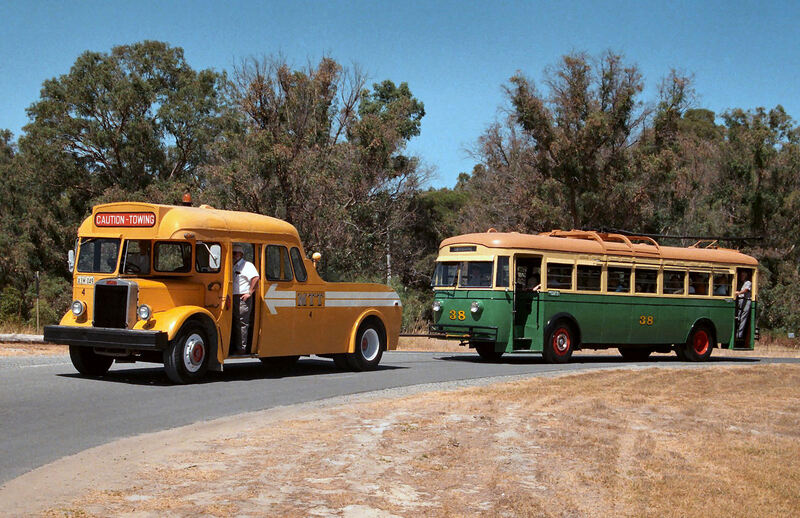 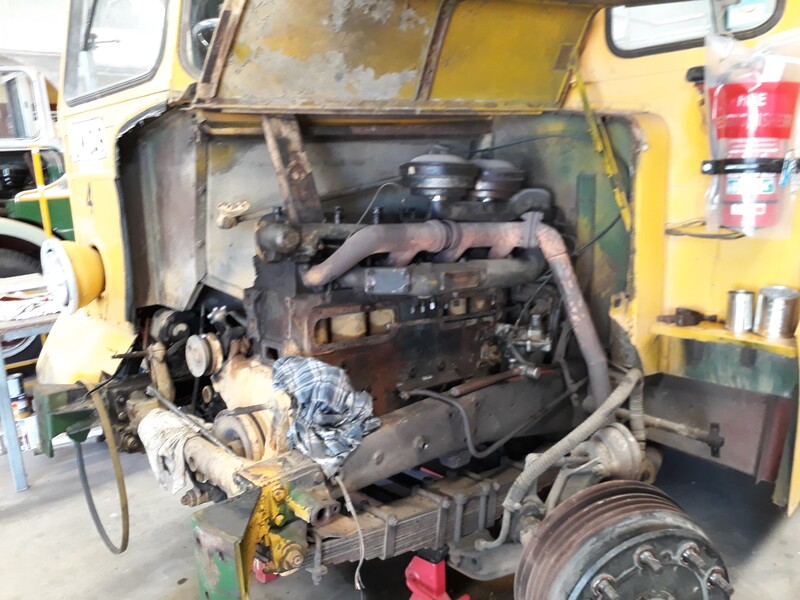 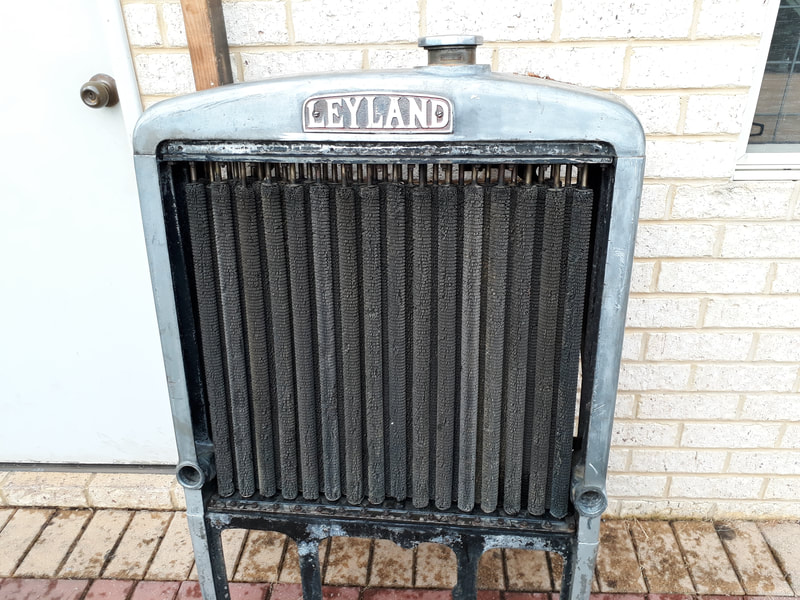 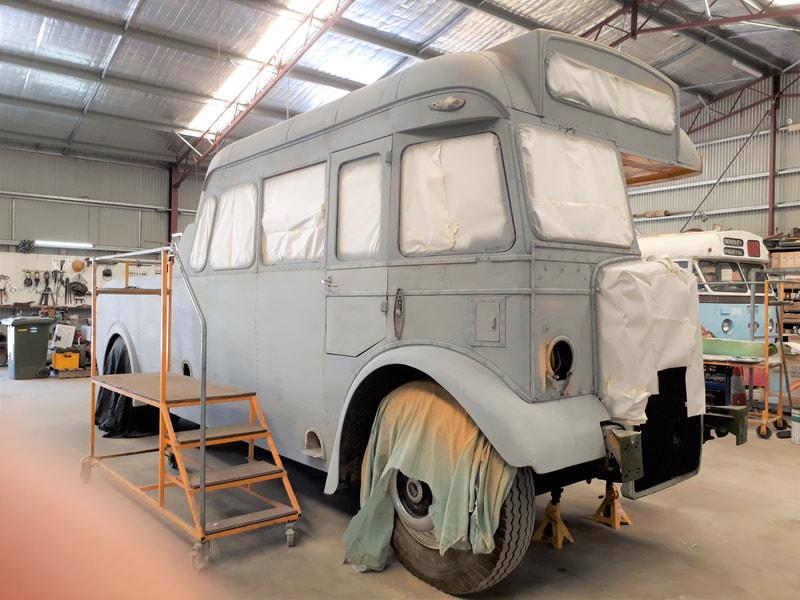 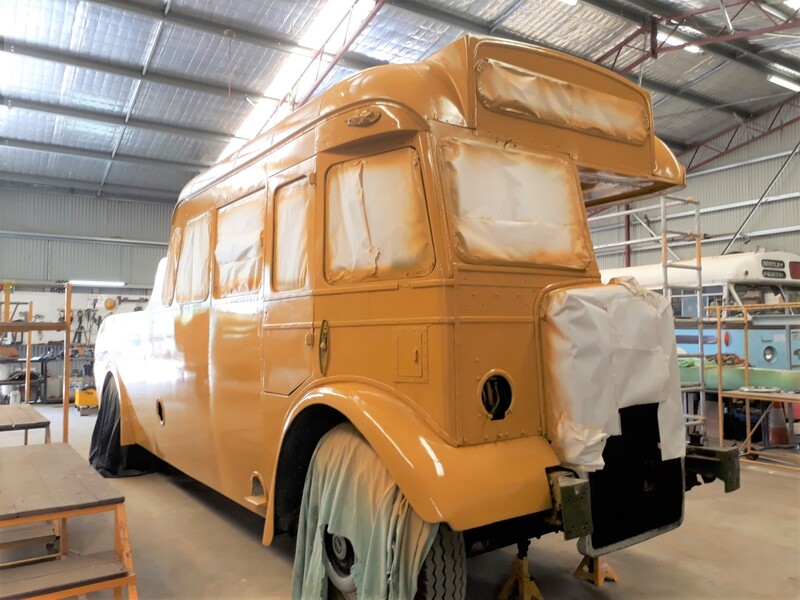 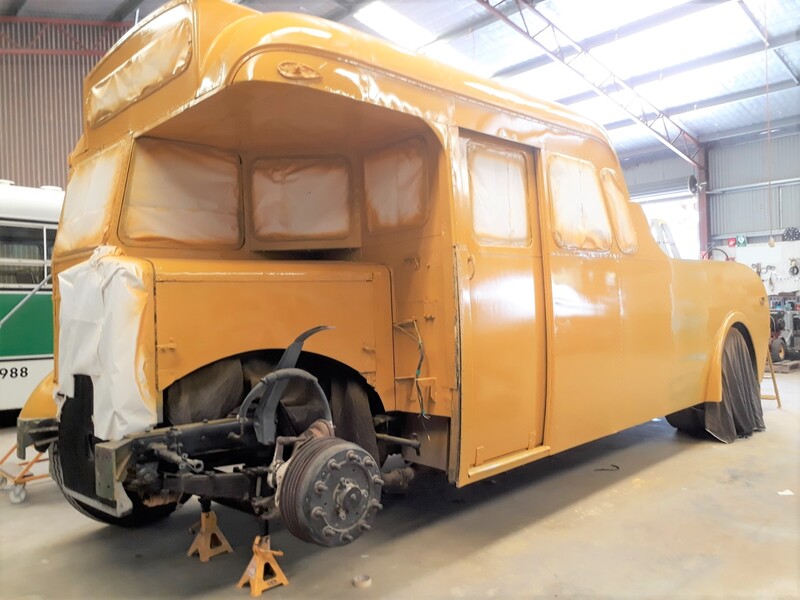 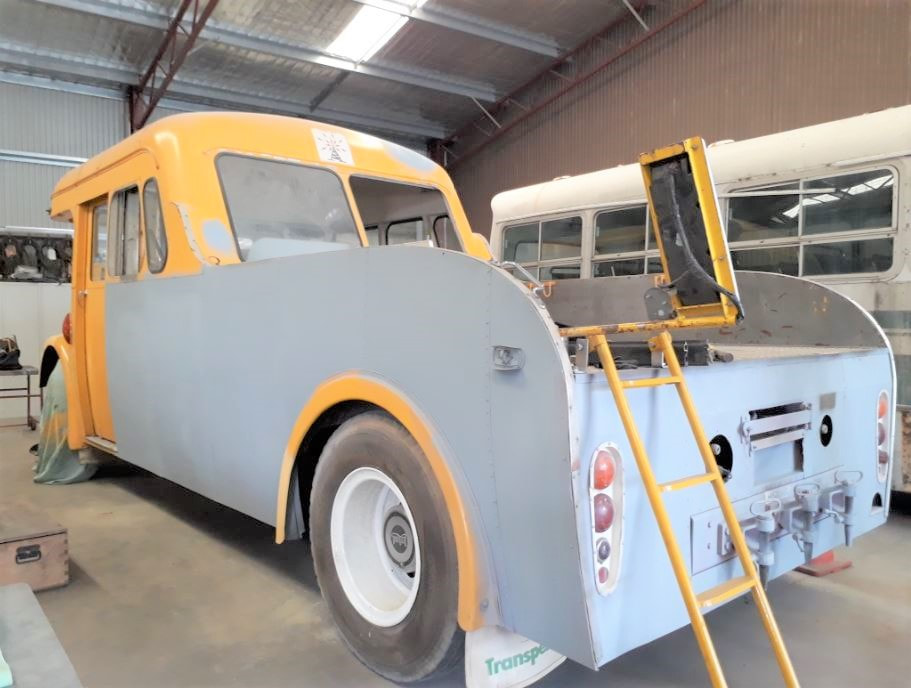 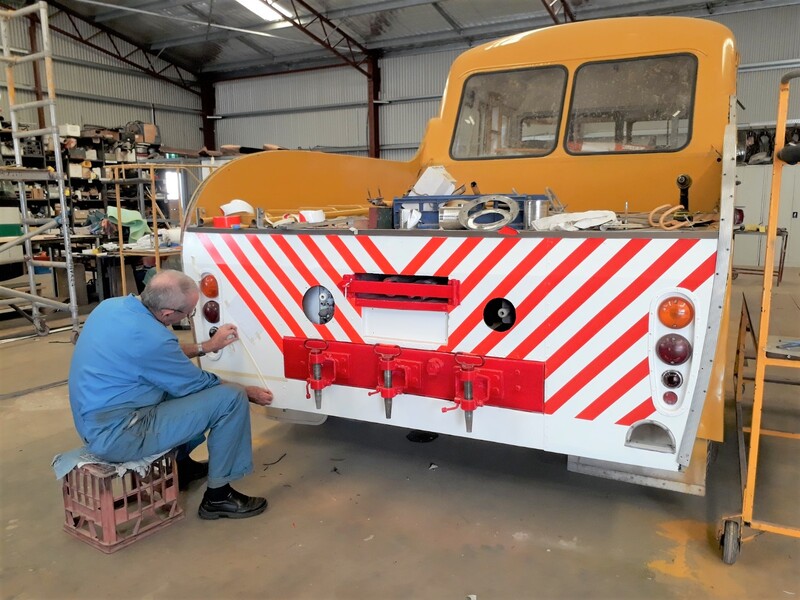 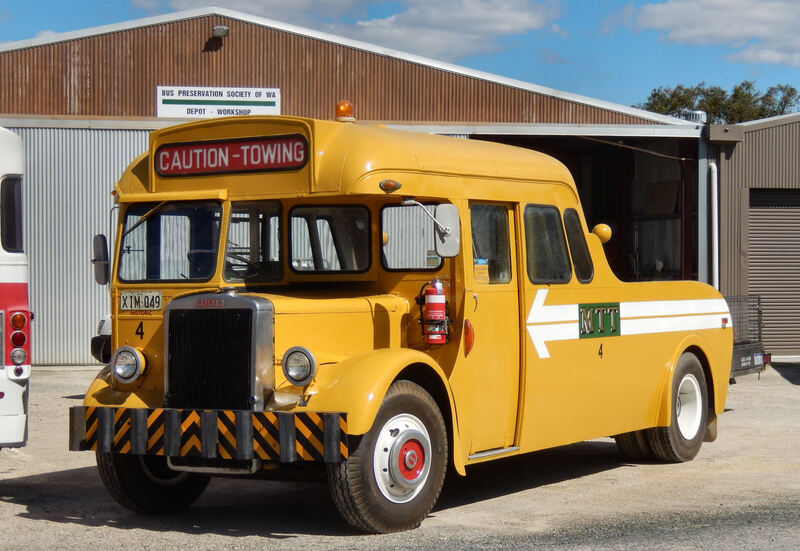 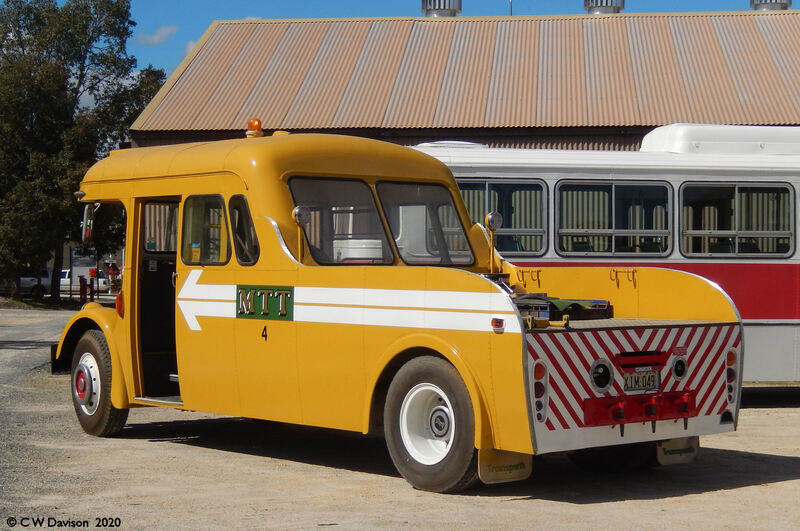 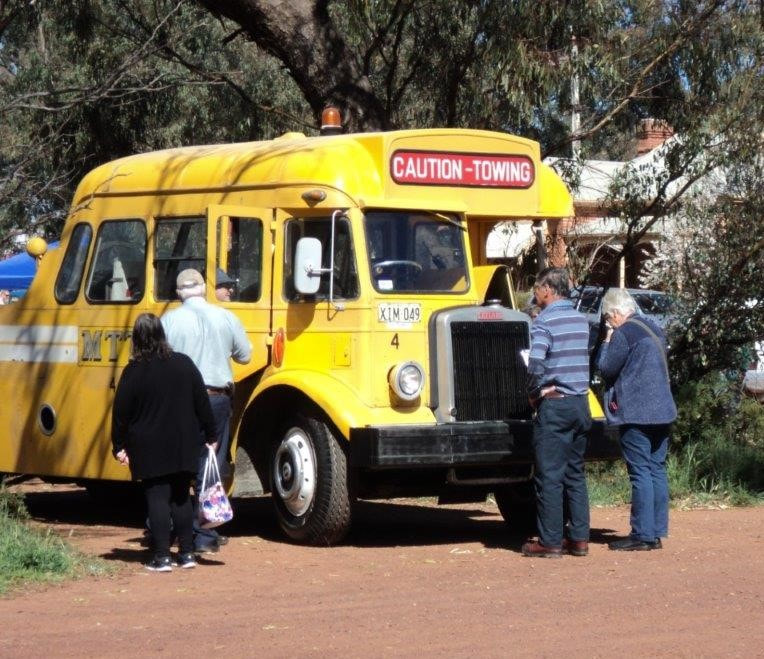