Between 1969 and 1974, the Metropolitan (Perth) Passenger Transport Trust (MTT) bought 127 of these underfloor rear-engined buses from the British Leyland Motor Corporation. They looked very similar to 127 buses based on Hino chassis purchased from Japan during the same period.

The Leyland Panther buses turned out to be the last ‘large scale’ purchase by the MTT from that long established English firm. They also proved to be more durable / reliable than their Hino counterparts, with most Panthers remaining in Transperth service into the early 1990's, whereas the Hino units had all been withdrawn before 1990.

​No 988 was one of the last few Panthers to enter service with the MTT, on 10 October 1974. Its passenger carrying activities continued well after the MTT was ‘re-badged’ as Transperth on 31 August 1986, being withdrawn and stored on 2 April 1994, some 6 months short of 20 years service.

​Subsequently deemed ‘surplus to Transperth requirements, from 3 November 1994, 988 passed to the Bus Museum of WA (BMWA) on the basis that the bus is to be preserved for future generations. Since then BMWA was renamed the Bus Preservation Society of WA, which continues to use and display 988 as a much valued ‘working exhibit’.
At some stage when funds become available, the Society aims to repaint 988 in its original 1970's livery. 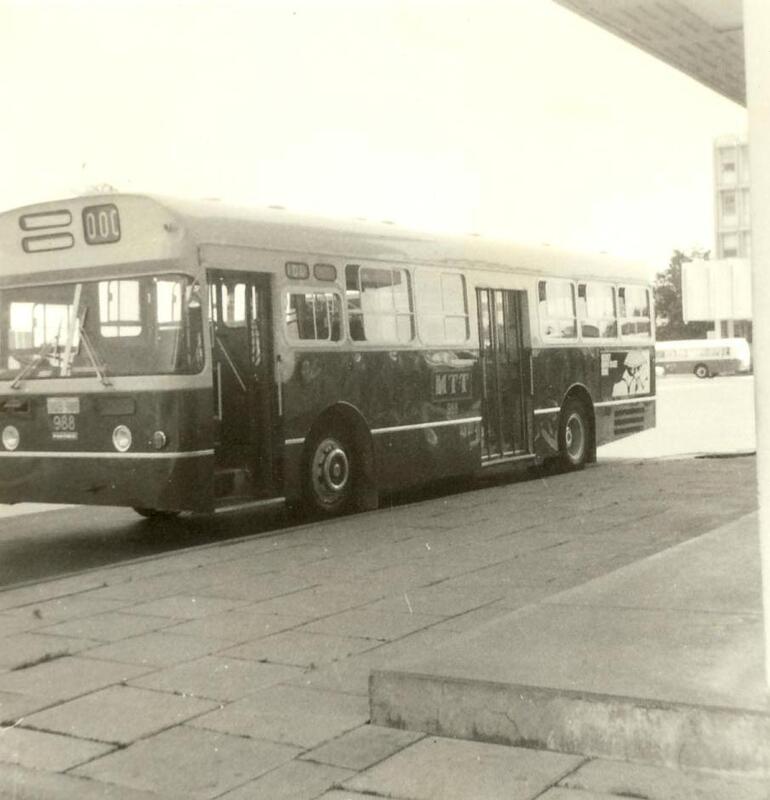 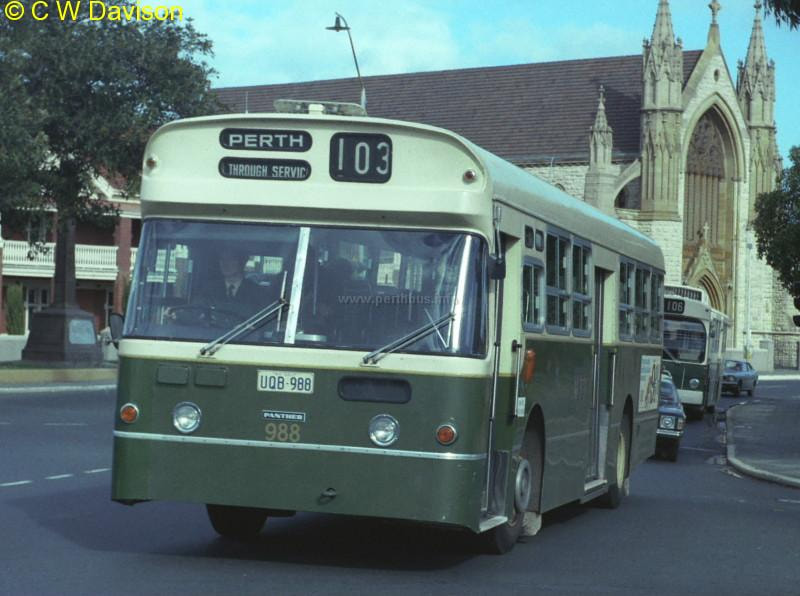 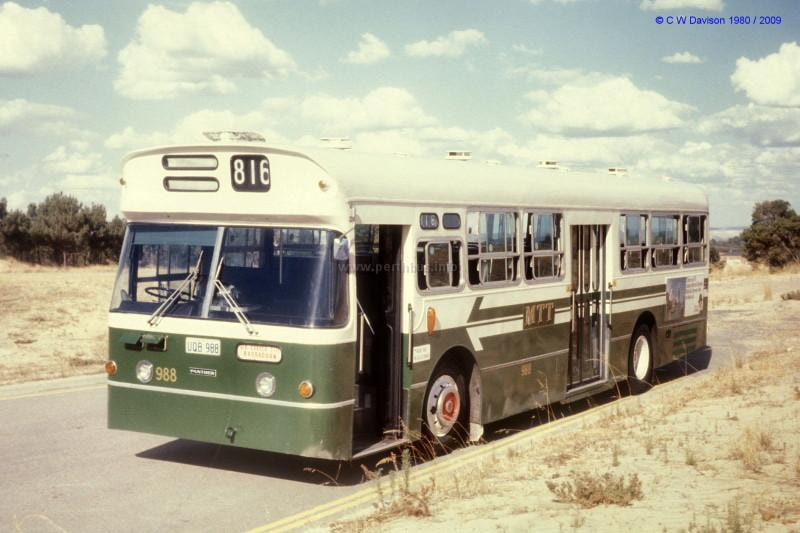 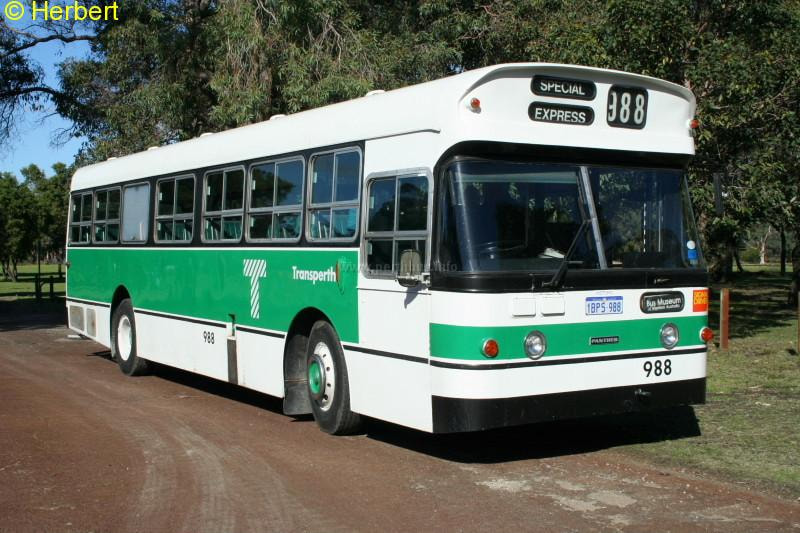 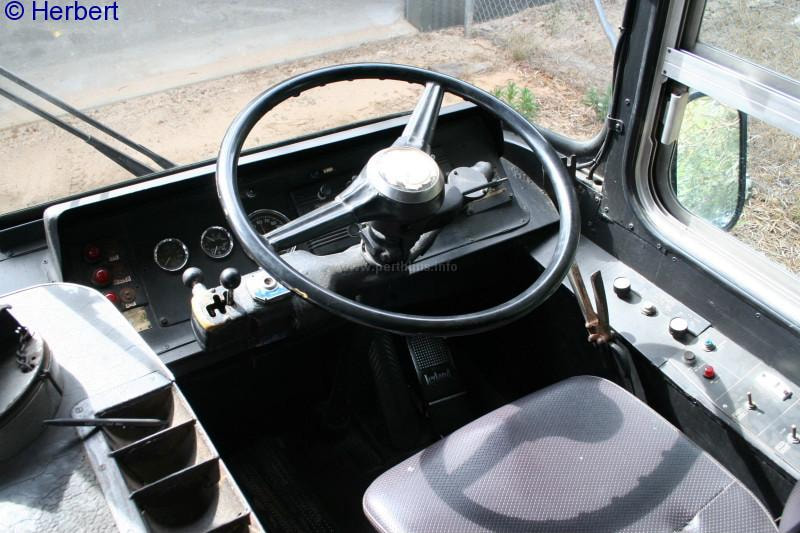 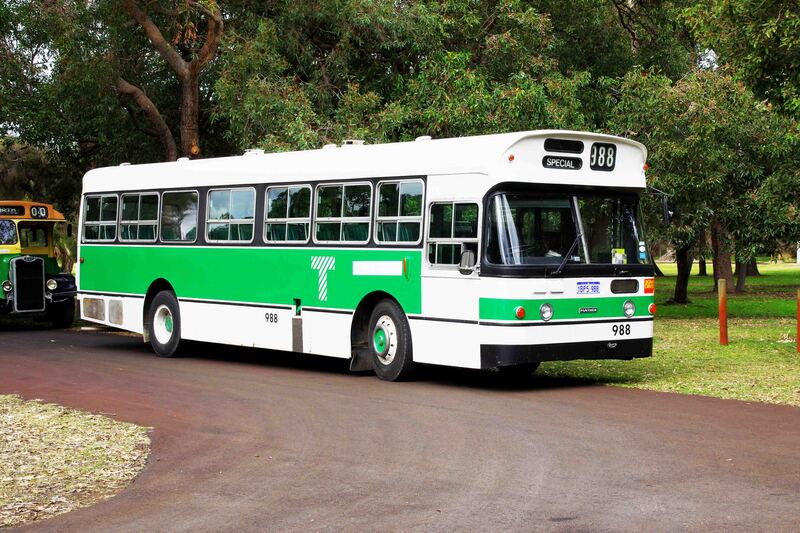 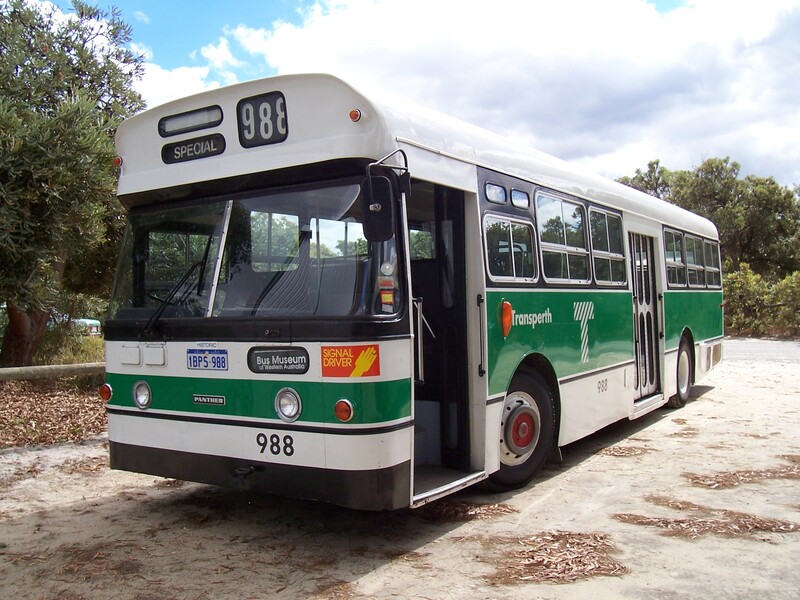 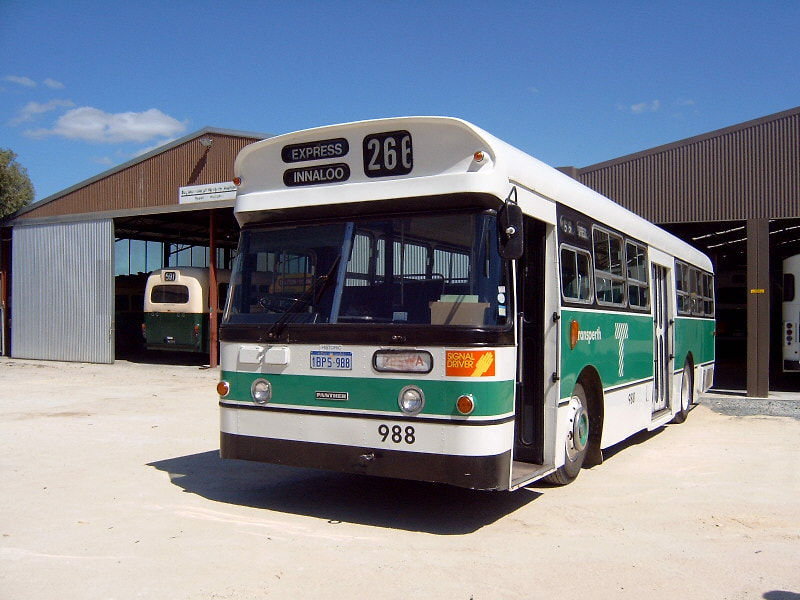 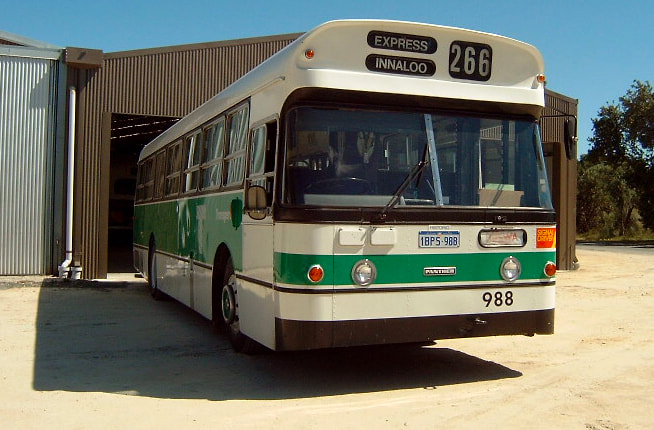