One of sixteen buses imported from Denmark to replace the conventional full size buses used on Perth’s City Clipper services. A low floor bus that was accessible for disabled passengers was required and the specification called for a bus that looked “different” to the normal Transperth buses. These small buses were air conditioned and introduced the CAT branding to the free City Clipper routes. Officially numbered 1605 in the Transperth fleet, the bus has always carried fleet number 5. It entered service on 10th August 1996 and was dedicated to the Blue CAT route.

​A combination of factors led to the purchase of the 16 DAB Midibuses, satisfying many of the preferences expressed by the parties involved, including City of Perth. However, these unique (to Australia) buses quickly proved to be insufficient to cope with popular demand for CAT services during peak travel times, so they were often supplemented with 'standard' Transperth buses. Over the years, they also turned out to be more expensive to maintain relative to other Transperth buses, in part due to their rarity 'Down Under', so they were withdrawn from service in late 2005 and replaced by low floor Mercedes Benz buses which had greater commonality with similar units in the Transperth fleet. They were numbered CAT1 to 16 and introduced the CATS branding and a silver livery with stylised cats on the sides.  CAT5 is preserved by BPSWA at Whiteman Park.
Overall, the DAB's were considered highly successful, if only because they were instrumental in changing the public's perception of Public Transport in Perth in the 1990's.  The CAT System reinvigorated a concept which the Perth MTT pioneered in 1973 with the innovative free City Clipper service.
On disposal;- As far as is known, no other of these buses were used as passenger carrying vehicles after their time on Perth’s CATS services.  The 16 vehicles that came to Perth were the only right hand drive variants built.  These buses are low geared as the hydrostatic transmissions are unsuited to sustained travel at highway speeds.  Crawling around a congested capital city or airside transfers is what they were built for and even then, but their maintenance costs were high.
Issue 447 of our member’s quarterly magazine “Rattler” carried an article about DAB and these buses.  Disregard the Scania badges, - these vehicles were a DAB product, but were made during a very brief period when Scania owned DAB.   Hence involvement of the Scania brand.

Withdrawal was on 17th February 2006 when the DAB buses were replaced with low-floor Mercedes-Benz buses.
CAT5 was donated to the Society by Transperth to ensure its preservation for future generations.
​
For further reference, the website www.perthbus.info has details of these buses and their last known locations.

When first acquired by BPSWA, it was moveable under its own power it was thought that it needed an engine rebuild as there was excessive smoke emission, however, this proved to be wrong.  Some enthusiasts within the Society decided to find out what the problem was and when starting the engine for the first time after a long layover, the engine produced copious amounts of smoke and was locked at full revs.  It had to be quickly shut down.  It was subsequently determined that prior to its transfer to BPSWA, the bus had been used as a test bed for the use of biodiesel and the fuel pumps and injectors were clogged with residue from this fuel.  The fuel system was dismantled and soaked for over a month in a solvent.  After a thorough clean and refit, the fuel system has performed well and its use in displays is now being considered.  Its use in Whiteman Park continues to be somewhat limited though, due to some large speed humps and a lack of 'accessible bus stops at key points.  Work on reapplying the distinctive CAT logos is in progress. 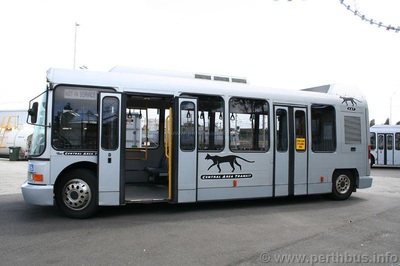 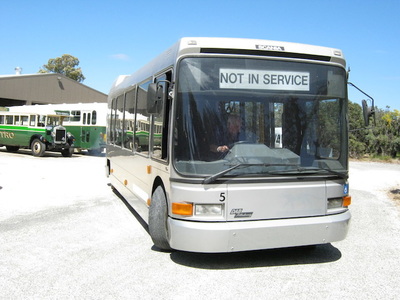 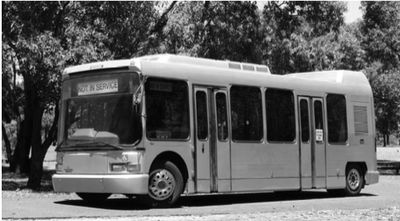 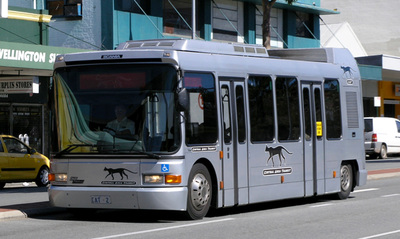 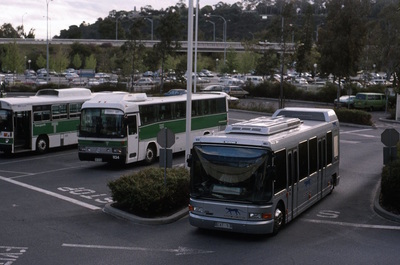 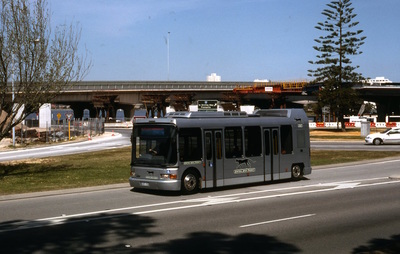